This article was previously published September 9, 2019, and has been updated with new information.

Your immune system is your first-line defense against bacterial and viral infections, so the most effective way to prevent infectious illness is maintaining robust immune function. Your diet and other lifestyle factors are foundational for this, but certain supplements can also be helpful.

One such supplement is quercetin,1 an antioxidant flavonol found naturally in apples, plums, red grapes, green tea, elder flower and onions, just to name a few.2

Quercetin is one of those compounds with a wide range of benefits, making it useful for a variety of different conditions. That said, it’s perhaps most known for its strong antioxidant3 and antiviral4 activity. Elderflower extract, which is rich in quercetin, is also a traditional tonic used to boost immunity.

In fact, its antiviral capacity appears to be the primary focus of many studies looking at quercetin’s benefits. But there are also other, less known uses for this supplement, including blood pressure control and tumor regression.

For example, there’s evidence to suggest quercetin benefits the heart, and can help lower blood pressure in patients with Stage 1 high blood pressure. As noted in one 2007 study:8

“Epidemiological studies report that quercetin … is associated with reduced risk of coronary heart disease and stroke … Men and women with prehypertension and stage 1 hypertension were enrolled in a randomized, double-blind, placebo-controlled, crossover study to test the efficacy of 730 mg quercetin/d for 28 d[ays] vs. placebo.

Another study,9 published in Scientific Reports in 2016, found quercetin has the ability to trigger tumor regression by interacting with your DNA and activating the mitochondrial pathway of apoptosis, which is the programmed cell death of damaged cells. As noted in the abstract of this study:

Further, we found that quercetin interacts with DNA directly, and could be one of the mechanisms for inducing apoptosis in both cancer cell lines and tumor tissues by activating the intrinsic pathway. Thus, our data suggests that quercetin can be further explored for its potential to be used in cancer therapeutics and combination therapy.”

As mentioned, quercetin is most known for boosting immunity and combating inflammation. As noted in a 2016 study10 in the journal Nutrients, mechanisms of action include (but is not limited to) the inhibition of:11

• The production of inflammation-producing enzymes

• Calcium influx into the cell, which in turn inhibits:

According to this paper, quercetin also stabilizes mast cells, has cytoprotective activity in the gastrointestinal tract, and “a direct regulatory effect on basic functional properties of immune cells,” which allows it to inhibit “a huge panoply of molecular targets in the micromolar concentration range, either by down-regulating or suppressing many inflammatory pathways and functions.”13 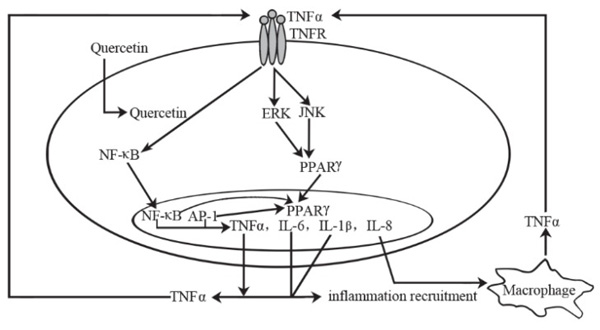 In animal models, quercetin has been shown to:15

In human studies, quercetin has been shown to:17

Quercetin Is a Potent Antiviral Remedy

Indeed, several studies have confirmed quercetin’s effectiveness against a range of viral infections. Below, I list some of them. In summary, quercetin’s powerful antiviral effects can be attributed to three main mechanisms of action:

Quercetin Is a Far Safer Alternative to Antiviral Drugs

Considering the powerful antiviral effects of quercetin, it would be sensible to make use of it first, before resorting to antiviral drugs such as Tamiflu. Not only has Tamiflu been shown to shorten the duration of flu symptoms by less than 17 hours,29,30 it also does not reduce viral transmission and does not lower your risk of complications from the flu, such as pneumonia.31,32

Scientists have also warned that the risks of Tamiflu far outweigh the benefits.33 These risks include convulsions, brain infections, psychosis and other neuropsychiatric problems,34 including mood swings, suicidal feelings, auditory hallucinations, memory deterioration and insomnia.35

The drug is particularly risky for children, and more than half of all children taking Tamiflu suffer side effects from the drug.36,37 Considering its risks, and its limited effectiveness, quercetin appears to be a far safer and more effective alternative. Studies have repeatedly found quercetin to be nontoxic, with no adverse side effects.

Skin Spews Telltale Gases for Health Trackers to Tap Into

Fjällbete — A Landscape for Every Body